Eco-friendly travel guide to Baltimore advises how to be a responsible tourist. Learn how to explore the attractions in a sustainable way and how to respect the local people and culture. Make your trip green by supporting locally owned hotels, organic restaurants and other businesses. Read more on how to protect the environment by making conscientious choices and how to travel green in Baltimore, Maryland, United States of America.

First-timers in this city may find it difficult to process the plenty things Baltimore has to offer because there's much to love about Charm City. There’s more to Baltimore than what meets the eye; from the arts and history to the neighborhoods. Offering world-class collections, lively theaters, trendy art galleries, a rich and eclectic culture, and a Yankee-Southern fusion architecture, this revitalized Charm City lures history buffs, outdoor enthusiasts, and art lovers with its reimagined Inner Harbor, sophisticated dining scene, and contemporary museums.

Baltimore or "Balmer", as the locals fondly call it, still clings to its working-class roots, and having transformed into a vibrant, culture-rich East Coast mainstay from once being labeled a blue-collar town with a high crime rate, has a good chance of charming you with its picturesque setting along the Chesapeake Bay, plentiful historical and cultural attractions, and laid-back vibes.

The HonFest in June provides you a quality chance of getting a sense of Baltimore's quirky culture and you can as well cheer on the Orioles at Camden Yards if blending in with other baseball aficionados finds you well. A trip to Baltimore offers a whole lot of worthwhile experiences, and in the course of your journey around the city, here are a few tips you can use to travel responsibly;

Although Baltimore has exceeded the federal limit on unhealthy ozone days since at least 1996, Ozone has long posed challenges for the city. Except for ozone, federal attainment levels for all regulated criteria pollutants are met by the city's air quality. Several times above the federal limit of 3.2, there's a weighted average of 14.2 unhealthy ozone days the city experienced most recently in the period from 2016 to 2018.

However, thanks to the facilitation of new technologies for more efficient energy, increasingly stringent regulations on industry and vehicles, and the efforts by Maryland and the federal government, Baltimore has experienced greatly improved air quality.

With exception to 2019, PM2.5 levels have shown consistent year-by-year improvements, and for 24 hour and annual levels since 2010, PM2.5, has met federal attainment levels. Out-of-state and out-of-city sources carried over by wind and city sources which include industry, traffic, and building heating are factors promoting Baltimore air pollution levels.

'Famous for its thriving culinary scene and quaint neighborhoods, Baltimore is a center for cultural and heritage travel, and it's a city of contrasts. Jam-packed with diversity and historical significance, it's a vibrant city of fun attractions and modern delights situated in the Chesapeake Bay region of the northeastern coast of the United States of America, and it gains more popularity for being a longstanding center for discovery and progress, the home of the country’s first commercial long-distance railroad, and the birthplace of the country's national anthem.

'Baltimore is a unique city offering distinct cultural experiences with its varied neighborhoods and being furnished with a mix of diversity, you'll be sampling different personalities, cultures, and history at each neighborhood in the city. Another notable thing about Baltimore is its today's powerful Black culture which is actually translated from the city having a rich African American history. With this, celebrating Black culture at some of the city's events and supporting Black-owned businesses will show your interest in the city's uniqueness and authenticity.

Baltimore gives visitors a city they’ll want to savor every moment in with its incredible food, gorgeous harbors, and eclectic neighborhoods. It's one of the most impressive places in the entire Mid-Atlantic region and it's the largest city in Maryland. Baltimore boasts a rich array of landmarks and historic sites, and even though it isn't the first city that comes to mind when it comes to historical places in the United States of America, it's highly renowned for being a cultural and historic center.

The most interesting part of it all is that Baltimore has something for you whether you're hoping to have some fun or immerse yourself in history or culture and, you're guaranteed of having a good time in this city of boats and neighborhoods that's made up of hundreds of districts and popular for its stunning harbor. Whilst there's no shortage of things to do in Baltimore, here are some of the best places to visit in the city;

Baltimore is an important seaport on the wide estuary of the Patapsco River and it's the largest city in the state of Maryland. Offering plenty of things for visitors to see and do with its renowned symphony orchestra, cultural activities, historic sites, and many museums, its uniqueness is further toned up by its varied neighborhoods such as the hip Hamden, Little Italy, sedate Mount Vernon, and the lively Fell's Point, which are, of course, part of its attraction to visitors.

Featuring promenade, restaurants, shops, and pavilions, and surrounded by several outstanding museums, the focal point of the city is Baltimore's Inner Harbor. Baltimore does offer a plethora of delights and attractions for its visitors and guests alike with its historic marvels, tantalizing crab cakes, and lots more!

This East Coast city of Baltimore is an absolute feast for the senses and you’ll find your bliss in this city whether you're a foodie, a history buff, or an art lover. From dining at excellent seafood restaurants and strolling through the beautiful Sherwood Gardens to viewing ancient works of art at the Baltimore Museum of Art and The Walters Art Museum, Baltimore has an array of attractions that will dazzle all visitors.

Baltimore’s many beautiful parks offer you an opportunity to enjoy history and picturesque sights of nature because much of the city's colonial history is preserved in its public parks.

Fort McHenry National Monument and Historic Shrine is the most popular national park in Baltimore. It holds several stories from the Civil War to WWII and it was the valiant defense of the fort during the Battle of Baltimore.

Baltimore County has three state beaches and the close-by Calvert County as well attracts visitors to its beach.

This city is a place where you can possibly spend an entire day reliving history as a number of the landmarks in the city surround the Inner Harbor area. Boasting several historic landmarks, the “Charm City” is one of the oldest cities in the United States of America, and it's a delight for history lovers.

Here are some of the best museums in Baltimore: 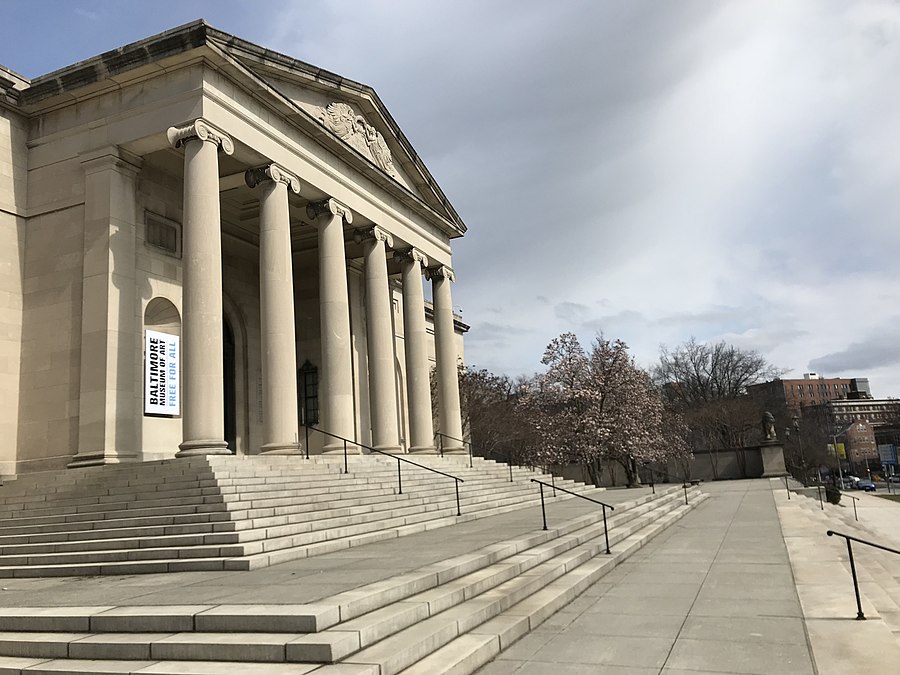 Outside the Baltimore Museum of Art

Seafood dominates the food scene in Baltimore and even though steamed crabs is the city's local favorite, you'll still find a wide variety of dining options in Baltimore.

Here are some of the popular traditional local restaurants in Baltimore:

Without lacking in taste, you'll find plentiful options in Baltimore that fit a green diet; even though Baltimore is often known for its great selection of seafood:

Food trucks in Baltimore offer you a chance to enjoy some of the city's mouthwatering street eats:

The popular local cheap beer in Baltimore is National Bohemian and it's fondly referred to as "Natty Boh." It's often served in cans in most places and it's usually between $2-$3.

Baltimore has a clean and safe water and Best Life Magazine once included it on the list of the top 10 cities in the country with the best drinking water.

Treehouse Cafe and JuiceBar and Golden West Cafe are some of the best organic cafés in the city.

Baltimore has played a crucial role in beer-guzzling history and it's pretty interesting to know that craft breweries are booming in Baltimore!

From adventures and animals to baseball and boat trips, Baltimore is teeming with plenty of outdoor adventures, and exploring this city is a great way to make the most of the outdoors.

While art lovers can enjoy picnicking in the Baltimore Museum of Art’s sculpture garden and history buffs can take walking tours through Colonial-era enclaves, guests seeking alfresco rejuvenation in Baltimore can as well take pleasure in the city's lakes, gardens, parks, and trails.

There's as well a wide range of on-the-water activities offered at the harbor.

For your yoga and retreats in Baltimore, you can hit up any of these places:

From hotels to hostels and vacation rentals to guesthouses, you'll find an array of accommodation options you can opt-in for in Baltimore.

Green hotels are plentiful in Baltimore!

1840s Carrollton Inn, CloudHostels in Baltimore, and The Empire House are some of the best hostels and guesthouses in Baltimore.

You can always get an apartment easily through online listings and Airbnb is also available in the city.

There's a good chance of finding a host in this city but if couchsurfing is your preferred accommodation means, do well to make proper plans ahead.

Some of the best campgrounds are situated close to the city and you'll be glad to experience them, if you don't mind traveling a bit out of the city.

Flying into Baltimore-Washington International Thurgood Marshall Airport is a more convenient way to get into the city.

The Baltimore-Washington International Thurgood Marshall Airport is the primary airport serving the city.

If you are coming from New York City, Philadelphia, or you're already in the Eastern Seaboard, buses are an affordable way to get in to Baltimore. Greyhound and Megabus also serve Baltimore. 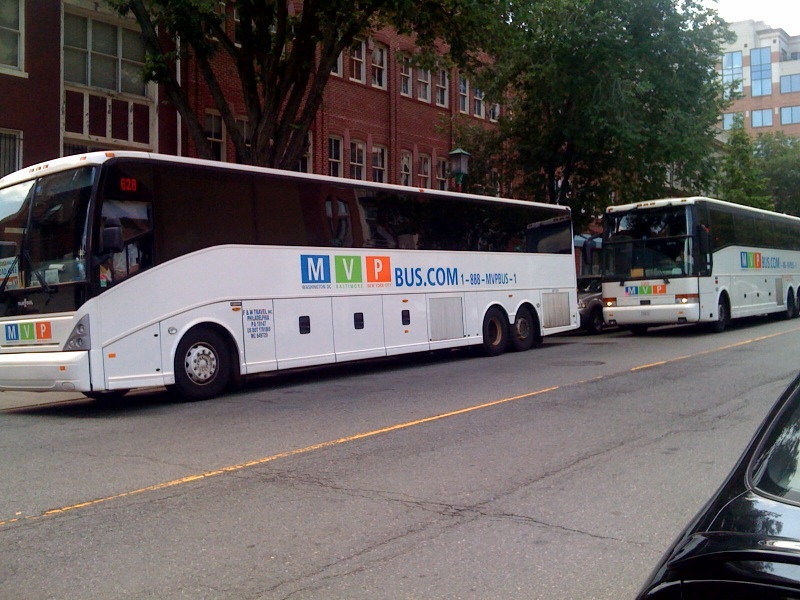 The MARC commuter train system runs trains between Baltimore and Washington and Amtrak as well offers frequent, fast, and comfortable service to Baltimore.

Hitchhiking is illegal in Maryland.

If you're coming from Pittsburgh, Harrisburg, Maine, and Florida, you can always drive in to Baltimore as it's served by several Interstate highways.

The best way to get around in Baltimore is via car and the Maryland Transit Administration (MTA) also operates the city's public transit system which is easy and convenient to get around.

If you have some good walking shoes, you'll have a great time walking in Baltimore!

There are protected bike lanes along main roads and Baltimore also a bike share program for cyclists.

Getting around the city via an electronic vehicle is very much feasible.

MTA Buses offer a cheap way of getting around and a day pass is available for $4.20. The Charm City Circulator bus also has several routes and it's free.

There is a single-line subway running from Johns Hopkins Hospital and the city also has a light rail that costs cost $1.80.

You should have a great time shopping sustainably as there's a handful of green, eco-friendly stores in the city.

Some of the best food markets in Baltimore include;

Looking for the best thrift stores in Baltimore? Check out any of these ones;

Baltimore has a number of natural and organic clothing shops and your eco-fashion in Baltimore will surely be justified without stress.

Paper, cans, and cardboard bottles are some of the acceptable recyclables in Baltimore and residents can choose to either take their recyclables to one of DPW Citizens' Convenience Drop-Off Centers or put them curbside to be picked up.

Being Maryland's largest city, Baltimore is a fine location for work and study abroad in the United States of America.

Baltimore is home to several renowned colleges and universities and most of them offer the exchange student program.

There's a good chance of finding opportunities as an au pair in Baltimore and you might want to go online to gather more useful information.

Volunteering opportunities are often teeming in Baltimore and there are lots of organizations you can volunteer for in the city.