Eco-friendly travel guide to Houston advises how to be a responsible tourist. Learn how to explore the attractions in a sustainable way and how to respect the local people and culture. Make your trip green by supporting locally owned hotels, organic restaurants and other businesses. Read more on how to protect the environment by making conscientious choices and how to travel green in Houston, Texas, United States of America. 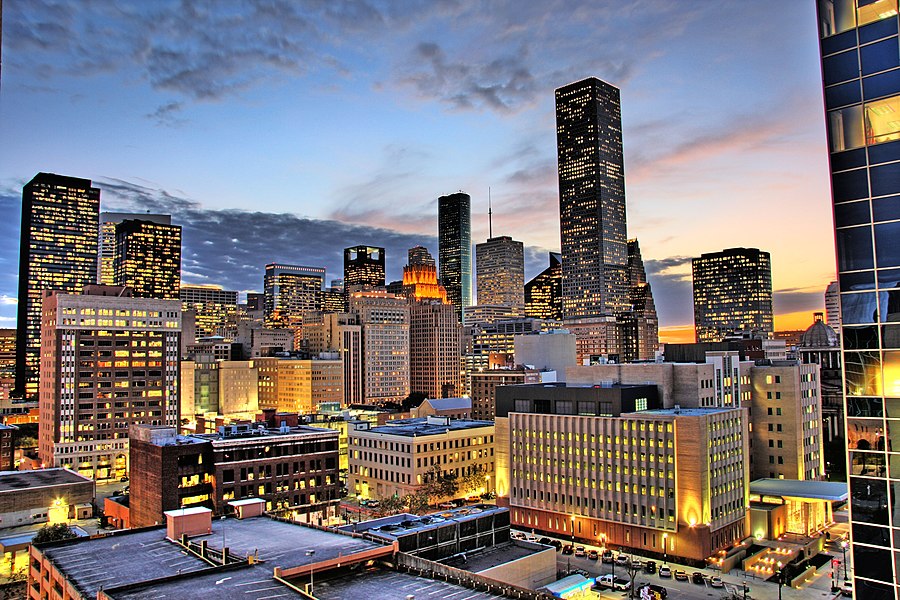 Houston is one of the most misunderstood cities in the United States of America and a lot of visitors are still struggling to connect with its uniqueness. Dubbed one of the “12 Top Destinations of 2017” by Forbes Travel Guide’s, Houston is gradually gaining more attention, and even though most travelers in this city often come for business, Houston keeps attracting hordes of travelers every year. Houston is Texas’ largest city and it ranks amidst a few other Texan cities as a top Texas tourist spot. While it's known for great food, immense culture, and beautiful architecture, it's also renowned to have some of the most popular attractions in Texas.

Offering plenty of things to do with an abundance of entertaining festivals and pleasant weather pretty much year-round, this huge sprawling city of more than 2 million has something for everyone, and while the comprehensive Museum of Natural Science of a hotspot for science nerds, the Center Houston is a place to learn all about NASA's program at Space, especially for those with a keen interest in space. You can head to the Galleria if you're in the mood for shopping and you can also find it interesting to know that that the city's downtown is teeming with Tex-Mex restaurants, a burgeoning art scene, eclectic galleries, and grassy parks. However, as you prepare to enjoy all what the city has in stock for you, do your best in traveling responsibly, and you can make use of these few tips;

Recently, the air quality in Houston has been reported to pose little to no risk to health as it has met the qualifications for “good” by the US Environmental Protection Agency (EPA). However, since two decades ago, Houston has been unable to meet federal attainment levels for daily ozone, and in recent years, there's been a number of unhealthy pollution days. Ozone is a pollutant of concern in Houston. With a weighted average of 22.3 days, Houston ranks 9th nationally for worst ozone pollution according to the American Lung Association (ALA) 2019 State of the Air report.

Some of the challenges facing Houston in reaching attainment levels include heavy use of vehicles for transport, large oil and gas industry, abundant sunshine, and the relatively high average temperatures. San Antonio, Austin, Fort Worth, and Dallas are urban Texas cities in a similar state. However, the increasingly strict regulations on a wide variety of industries has facilitated the improvement of Houston’s air pollution over recent decades. Houston’s air quality is very much improved today but as a big city, one can't ignore the little challenges it's still facing.

Speaking of culture in Houston could be quite vast because Houston is a very diverse city in the United States of America and it's even reported to be more diverse than New York and Los Angeles as affirmed by a report from the Rice University's Kinder Institute for Urban Research. Houston is the most ethnically and racially diverse among the 10 largest metropolitan areas in the United States of America and it also has the most equal distribution of the four major ethnicities in the country. And with the city being a melting pot of cultures, keeping an open mind and respecting people's respective beliefs and values will go a long way.

Nevertheless, there are a few special things about Houston which visitors may not be aware of. In this city, you'll find people waving, smiling, and making eye contact at their pleasure but they probably never do this to seduce people. As this city stay blessed with friendly residents, you'll find the locals to be very helpful, outgoing, and always willing to help you if you're stuck. If you need recommendations or directions, feel free to ask any local around you. But don't forget to be polite and you can as well emulate the locals by saying hello and asking how they're doing. In addition, you may need to learn the city's pronunciation as this is essential for communication. Texans are not fast talkers and while you're speaking with the locals here, don't be too hasty to get a quick reply. Just chill.

Everyone who loves history, music, food, history, and sports can have a great time in this city. Houston is a massive city full of massive tourist attractions and it's one of the best places to visit first if you’ve never been to Texas. Being the ultimate “choose your own adventure” destination, you can enjoy being outdoors with its ideal location at the crossroads of the Texas Gulf Coast and the Piney Woods and favorable year-round weather, and while you can go from exploring all the attractions in the Houston Museum District and taking in a show in the world-renowned Theater District to catching a game from one of the city's professional sports teams, you'll as well have opportunities to immerse yourself in all the cultures in the city and let the flavors of cuisines from around the world dance off your tongue. And, as you have 300 miles of hiking and biking trails to explore, there's still a seemingly endless set of things to do in this fourth largest city in the United States of America.

Playground at Hermann Park in Houston

With direct flights from all over North America, Houston makes a great destination for a weekend getaway. Houston is complete with a bayou running through the heart of the city and it houses beautiful green spaces, inspiring museums, renowned chefs, and the famous Space Center Houston. Being the fourth largest city in the United States of America, you'll find no shortage of things to do in this city whether you're looking for fun experiences, unique attractions, shopping, dining, or culture. You can even be lucky to enjoy the Livestock Show and Rodeo, Houston's signature event, or take in a sports game, depending on your travel dates. Houston's location also offers you a great chance to enjoy an excursion to nearby Galveston which is less than an hour away.

Houston’s urban parks will make you want to get out and get moving! From historical architecture and gardens to bat watching, there's a park for everything in Houston, and there are loads of vast, beautiful parks all over Houston.

Surfside Beach, Stewart Beach, Galveston Island State Park, and East Beach are some of the closest beaches to Houston which aren't too far, and you can always hit any up if you're in the mood for sand and sun.

Houston is a big city with a wealth of activities and interesting sights to see and it's as well home to an array of fine landmarks: The Downtown Aquarium in Houston

Houston is home to a vast collection of fine museums: 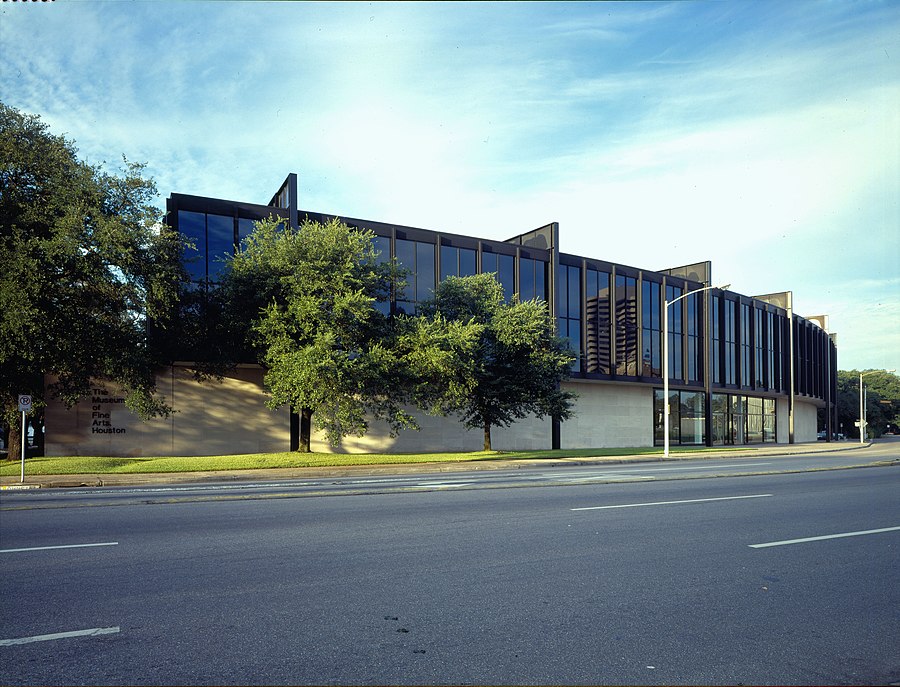 Outside the Museum of Fine arts in Houston

Houston has an eatery with virtually every style of food ranging from Indian to Tex-Mex and steaks to seafood. Houston offers some of the best and most diverse restaurants in the United States of America when it comes to dining.

Here are some of the best traditional local restaurants in Houston:

Houston is popping with flavorful-yet-healthy restaurants and vegans and vegetarians in this city have options of healthy places to eat from:

Houston food trucks are there for you'; whether you're scratching a late-night food itch after a few too many hours at the bar or you need some workday sustenance:

Houston is home to a couple of iconic booze, and local coffee and local beer rule in this city when it comes to drinking.

Houston's tap water has been treated and it's safe to drink but it's reported that there's an unusual taste or smell in the tap water of some places in the Houston area.

Harvest Organic Grille, Baba Yega Cafe, Earthcraft Juicery, and Bebidas are some of the best organic cafés in Houston.

Many locals in this city value beer for its refreshing properties and Houston’s beer culture has grown to a good point so, do well to explore its seemingly endless array of homegrown breweries:

From tours of local music and art and Downtown discoveries to Asiatown food crawls and bayou-side hikes, here are some cool things to do outdoors in Houston:

Yoga and retreats are common in Houston and these are places you can trust for your relaxing yoga in Houston:

Your choices of accommodation in Houston are quite rife and with the city's low cost of living, you shouldn't be spending too much on getting an apartment.

Green travelers in Houston looking for a nice stay in the city can opt-in to any of these hotels:

There are lots of nice hostels and guesthouses in Houston:

Apartments are pretty much easy to find in Houston, and while you'll find several cheap ones in the city, Airbnb options are also available for the convenience of travelers.

Houston is the largest city in Texas and being the most culturally diverse in the United States of America, you do have a great chance of finding a host, and couchsurfing in this city will also help you to see this H-Town more.

You can enjoy camping in Houston at places like:

Depending on your proximity to Houston, you can reach the city via several means.

There are several intercity bus operators serving Houston and buses connect Houston to Florida, Chicago, North Carolina, and a few cities in the southeastern U.S.

On its way between New Orleans and Los Angeles, there's a passenger train route with a stop in Houston, and that's Amtrak's Sunset Limited line.

Hitchhiking is illegal in Texas.

You can always drive in if you're coming from cities like Austin, Baton Rouge, Dallas, Beaumont, Lake Charles, New Orleans, Waco, San Antonio, and Galveston.

The best way to get around Houston is by car and the city's major highways make getting around the city fairly easy.

Houston is a fairly safe city and you should enjoy taking a walk around but be mindful of the heat. More so, do well to apply caution and avoid walking alone at night.

Houston has 290 miles of marked bike routes and bikes are usually best used for exercise or to get to somewhere that is close by considering the fact that the city is spread out and hot and humid most of the time.

There are several car rental companies in Houston and you should be able to pick up an electronic vehicle.

Light rail lines called METRORail serve the city and the cost to ride is $1.25.

Houston is no less a haven for sustainable shoppers as you'll find fresh food markets and several eco-friendly stores where you can shop from.

Houston is a paradise for cooks and foodies who appreciate fresh foods:

Houston Flea Market, Sunny Flea Market, and Traders Village Houston are some of the best flea markets in Houston.

Second-hand stores are massive in this city:

You don't need to look too far before you'll find sustainable and ethical clothing in Houston:

Houston is home to some of the most prestigious universities in the United States of America and it's a fine place for work and study abroad.

The universities in Houston have requirements to be met for those who want to apply for the exchange student program.

Houston is a great destination for au pairs!

You can never be short of volunteering opportunities in Houston as there are lots of places to volunteer in the city.