Eco-friendly travel guide to South Africa advises how to be a responsible tourist. Learn how to travel in a sustainable way and how to respect the local people and culture. Make your trip green by supporting locally owned hotels, organic restaurants and other businesses. Read more on how to protect the environment by making conscientious choices and how to travel green in South Africa, Africa.

The air quality in South Africa has time and again been adversely affected by toxic exhaust emissions from vehicles, mountain fires, wood burning, and industrialization. Other contributors to this adversity include the burning of waste and dust storms. In terms of pollution, solid waste has been the main pollutant to the soil and also nearby water bodies. Measures are already put in place and new ones are being embraced to deal with pollution in the country.

South Africa has been known to be the most diverse country on the continent. A majority of the country's local population still live in poverty in informal settlements. The cultural beliefs and customs are highly upheld by these people despite influence from the western countries. South Africans living in urban areas speak English or Afrikaans in addition to their native languages. There exists a small group of Khoisan speakers who are not among the official languages in the re-known eleven official languages. Literature has since time immemorial taken root in South Africa. One of the most popular novel writers was Solomon Thekiso Plaatje's Mhudi, a black author who wrote his novel in 1930. Among the white South African authors, Nadine Gordimer takes center stage. She was the seventh woman to be awarded the Nobel Prize for Literature in 1991. Her novel was released in 1981. Music in South Africa has continued to evolve as time has gone by. The majority of African artists who sang in English during apartheid have now embraced the traditional African languages, and have developed a unique style called Kwaito. One of the most re-known musicians in South Africa is Brenda Fassie, who rose to popularity with her song "Weekend Special", written and sang in English.

View of Table Mountain from outside Cape Town 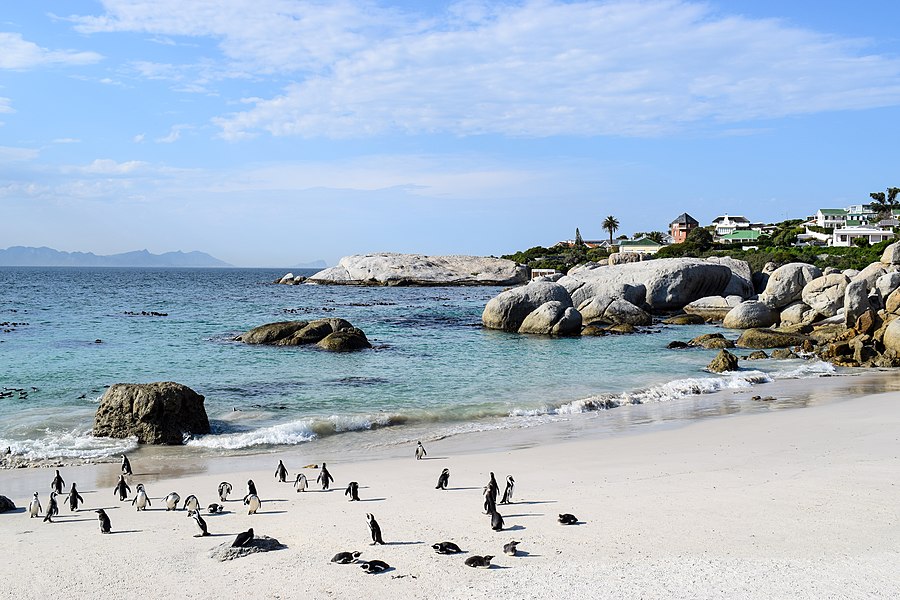 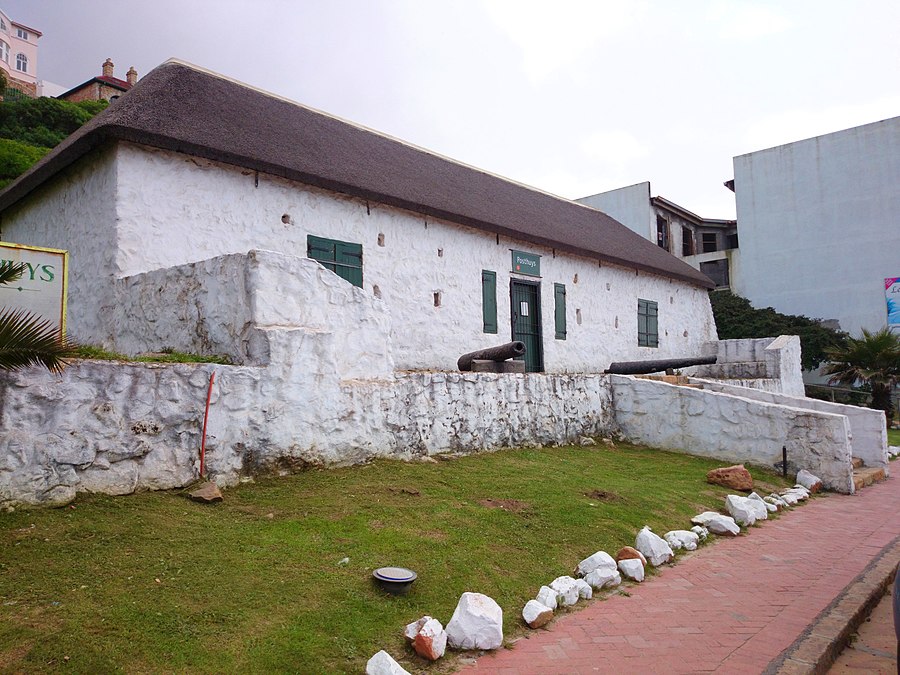 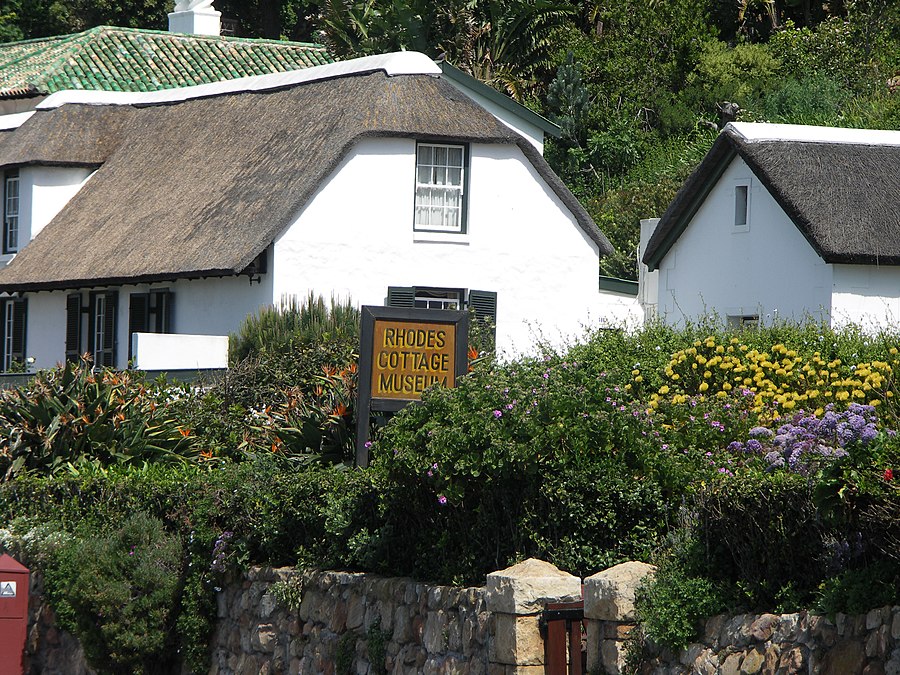 Most of the faucet water in South Africa is safe to drink but this doesn't mean that all the tap water is safe as some regions have recorded water with brown discoloration coming out of the tap. Both tap and bottled water are readily available in majority of the cities in the country. The faucet water in Cape Town satisfies the globally accepted level of microbial testing on the water.

Teniqua Treetops. It is located at the base of Outeniqua Mountains in South Africa. The management here has made sure that all the units here are self-sustainable. Solar panels have been installed here to harness solar energy that will be converted to electricity to be used in the hotel. Several water collection tanks have been installed within the compound to harvest rain water. The management here has also embraced the dry toilet system so as to reduce the impact caused to the environment by these toilets.

Once in Cape Town. It is situated along Kloof Street in Cape Town, the capital city of South Africa. Guests will get to enjoy a garden, free Wi-Fi, and a bar on site. Both single room s and a dormitory are available here. At the single rooms, you will be able to enjoy a flat-screen TV and a personal bathroom. Guests can also relax at the shared lounge area. Cape Town International Airport is about an hour away by bus.

Some cities within the country such as Cape Town have had incidences touching on the security of the locals making most South Africans turn a deaf ear to the idea of housing a stranger into their homes. However, this does not mean that all locals are not ready to accommodate a stranger, as there are locals within Cape Town and the country at large who are very open to the idea of accommodating strangers into their homes.

South Africa is divided into 9 provinces, they are: 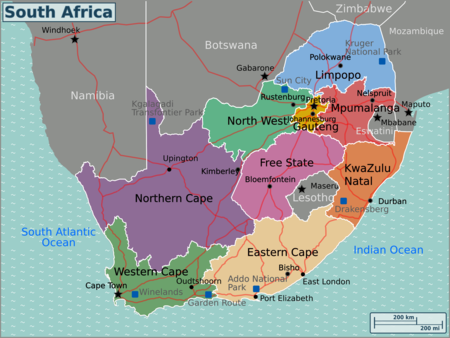 South Africa 's cities usually have a lot of vehicles that have a lower carrying capacity such as minibusses and taxis. These vehicles are usually very convenient as they bring services directly to the customer. The road network in the country has heavily increased. You are however advised to avoid boarding minibusses and taxis that are not legally registered to operate. Be advised that some of the taxi drivers usually drive their cars recklessly thus try as a much as possible to board a taxi in the authentic taxis stages as much as possible. 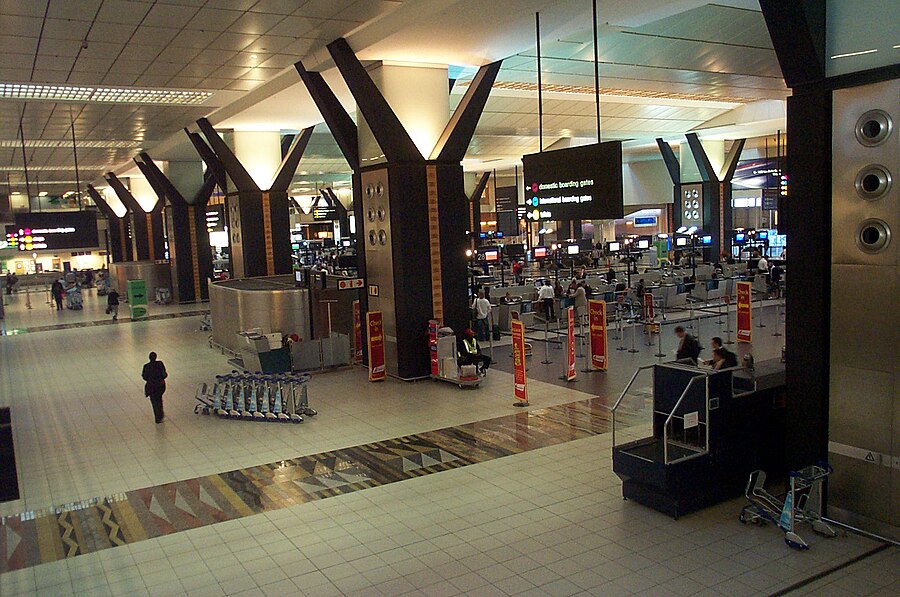 Buses are the safest modes of transport in the South Africa. However, bus services in the country are usually not easily available during off-peak hours. Buses also do not reach to certain destinations thus forcing travelers to use another means of transport to complete their journey. This puts a strain on the time they spend traveling and also the additional costs they incur. 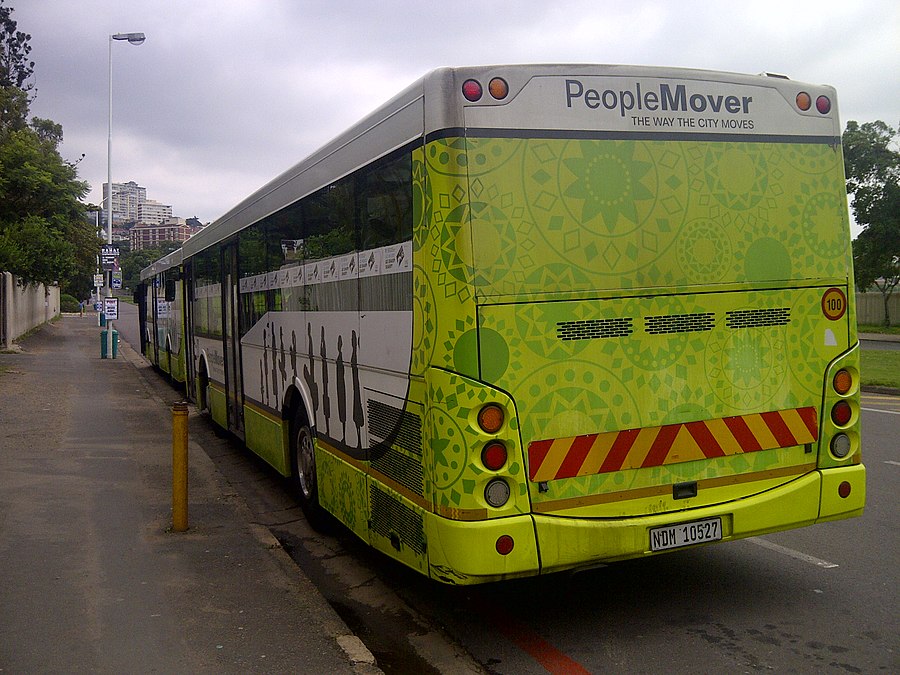 A local bus on the streets of Durban

The national government has made sure that all the major cities in the country are connected by a railway line. The country's rail system is the most developed in the continent. It is owned and operated by the national government. Transnet is the most popular train company in South Africa. It operates various trains within the country with the most notable one being the Blue Train. It usually operates between Pretoria to cape Town.

A Metrorail train in Durban

Any form of hand signals will hitch you a ride when you are in South Africa, especially when you meet drivers who are en-route to your destination. South Africa is highly developed thus most locals own vehicles and Cape Town has not been left behind. Be ready to enjoy amazing road trips with locals who will offer you a ride when hitchhiking.

South Africa has several ports where ships can safely dock when coming in to the country from sea. These harbors include Durban, Port Elizabeth, George and Saldanha Bay, Mossel Bay, East London and even Cape Town. The port operations in the country are run by two companies under Transnet which are the Transnet National Ports Authority and South African Port Operations (SAPO).

City of Cape Town Recycling Drop-off Facility. The staffs who work here portray high levels of professionalism and expertise. The dumping ground itself has been constructed in an environmentally friendly manner. It can hold all forms of solid waste.

The national government of South Africa has continuously put in resources and effort to deal with accumulation of waste in the cities and towns within its borders. Rural to urban migration is expected to increase in the country in the coming years. The measures put in place in the waste management sector is paying off. The government is not relenting its efforts as more policies and new technologies are being embraced to completely eradicate waste accumulation in the country.

United Nations Association of South Africa. It is located along Victoria Street. It is usually open from Monday to Friday between 9 am to 4 pm. It is however closed over the weekends. You can get in touch with the management using this number, +27 21 850 0509.

UNHCR. It is located along St George's Mall Waldorf Arcade. You can get in touch with the management here using this number, +27 80 010 0030.